Blood of the Young couldn't be happier to work with these talented fellows. With a slew of 7" releases just out or upcoming, on labels we love such as Three.One.G, Joyful Noise, and Cobraside; as well as past full lengths on Ipecac, Cobraside, and Heart of a Champion, these guys are prolific and we're honored to have been asked to release this 7". Rifle Diet’s No Solace is a 12" 45 that combines the Classic Minneapolis crust sound with Swedish hardcore, D-beat and Epic crust (think somewhere between Servitude and Wolfbirgade, with hints of Tragedy and Fall of Efrafa). The beautiful cover art by Hannah Benoche sets a bleak mood for the dark music within, plus a cover of His Hero is a Gone – Chain of Command (ex-members of InDefence and Garmonbozia) This LP is a joint release between PROFANE EXISTENCE and BLOOD OF THE YOUNG RECORDS. Buckle up and batten down the hatches to prepare your pretty little eyes for the hottest underground publication this side of skid row! MONDO MPLS delivers the rawest and raddest compilation of 100% TRUE stories including drug addled get rich quick schemes, high flying near death experiences, barely legal exploits in the sex industry along with some of the finest underground comics, photographs from renowned scum-bags and a delightful recipe for gluten free cookies! Tickle Torture is the sex-pop soundtrack for a new generation of freaks. His first EP, “Spiritual Machete” (2012), felt like catching Justin Timberlake and Prince making out in a dumpster full of broken synthesizers. Equal parts electro-funk and sleaze, “Spectrophilia” has further expanded this sound, incorporating the influences of trashy disco, post-Yeezus experimental hip-hop production sensibilities, and 80’s synth drenched R&B classics to create a one-of-a-kind maximalist assault. Feeding on the sweaty energy left from the funk dynasty of his home base in Minneapolis, one man producer, composer, engineer Elliott Kozel created these tracks over the course of the past year. This do-everything-yourself aesthetic expands into every aspect of the project, from creating his own masks and costumes, to styling and producing many of his own music videos. His sexual, chaotic live shows are half-party, half-performance art, and include a full live band, a team of backup dancers, an arsenal of confetti cannons, strobe lights and video projections.

In the local scene, Tickle Torture has expanded into production work for some of Minneapolis’ finest talents, including Caroline Smith (with whom he co-wrote the nasty ”Fuck Me With The Lights On”) as well as the international rising star Lizzo. Album track “Ready for Love” features local R&B luminary Ashley Dubose, who recently reached a national audience via NBC’s The Voice, melding his experimental electronics and her Neo-Soul leanings into a slinky yet aggressive club banger.

With this 5 song EP, Tickle Torture is poised to deliver his raw, sexual vision of the future of dance music. Neighbors newest album, Failure, picks up this theme — and ties a stick of dynamite to it.

Do good fences make good neighbors? Stitelman doesn’t know. But with Failure, he might just bring a few down with him. 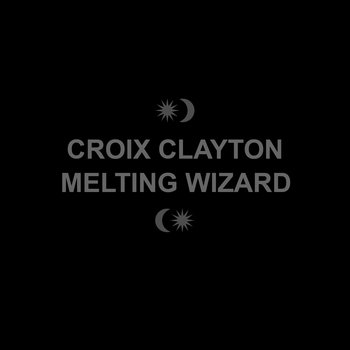 Smashing genres, out of Stockholm, Sweden comes this burning hot piece of wax. Ex- Khayembii Communique, Song of Zarathustra, and Neighbors; this band defies genre and delivers one of the most amazing 8 song debut LPs you'll hear this year. The best of 90s hardcore, played by gentleman who have been honing their craft a lot longer than that, mashed with Godspeed You Black Emperor like creshendos. If there is one record this year you need to own, one record that exemplifies pure, raw emotion at it's purest, this is it. Showing such influences as “Reign in Blood”-era Slayer and the less serious side of 80’s metal, (like SOD) BLACKTHORNE also bring in the energy and intensity of hardcore from the late 80’s—90’s.

The Blackthorne logo was created by Christophe Szpajdel(Lord of the Logos). Recorded & Mastered by Knol Tate. Art Layout by Jason Miller. 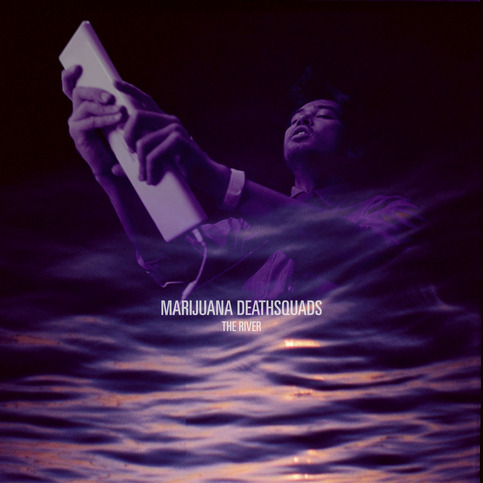 Marijuana Death Squads is the ever-evolving, experimental project led by Ryan Olson (producer/writer of Poliça and Gayngs), Isaac Gale and Stefon Alexander (P.O.S.) with multiple drummers (including Ben Ivascu and Drew Christopherson both of Poliça) a slew of electronic instruments and highly affected vocals, their live shows are a violent onslaught of improvised, yet tightly woven, jagged and intricate experimental sound.

Released directly on the heels of their second full length (“Oh My Sexy Lord” via Totally Gross National Product, 10/15/2013) and a remix record of P.O.S. "We Don't Even Live Here" ("POS/WDELH/MDS/RMX" via Rhymesayers 10/23/2013) recorded at April Base Studios under the watchful eye of BJ Burton, "The River" catches Marijuana Deathsquads at their finest. They have taken their time to perfect their art, and it shows. 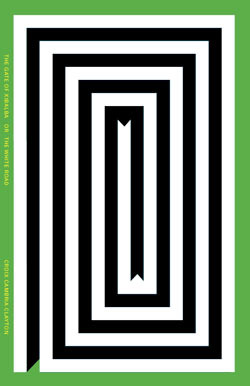 THE GATE OF XIBALBA, OR, THE WHITE ROAD — Croix Cambria Clayton

An experimental, non-linear narrative composed using Surrealist Automatic Writing techniques, and modeled on the 22 chapters of the Book Of Revelations of John (and the 22 major arcana of the tarot, on which Revelations itself was modeled), The Gate Of Xibalba is the absurdly visceral tale of millionaire playboy sociopath Christian Saxon- Banks, time-traveling golden boy of the White Road project, a secretive cabal of scientific, political, military and economic bigwigs bent on exploiting the geostrategic advantages of a rapidly emerging psychic high-technology, powered by human sacrifice.

“Mining the psychic and mythological territory explored and devastated by William S. Burroughs, Diego De Landa, and even H.P. Lovecraft and Clark Ashton-Smith, Croix Clayton’s glittering cosmos of word-images is a calculated attempt to invent new directions for the genre called science fiction by removing the constraints of both space and time.”

Croix Cambria Clayton has been an active member of the Twin Cities creative arts community for over a decade. He has performed or displayed work at the Walker, Soap Factory, and Minneapolis Institute of Arts. As a musician he has played with The American Monsters, Thank You, and Young Quitters. He holds a BA in Film from the University of MN and this is his first novel.

The Holy Kiss — The Sacred Heart of Eddy and Jones [CD] Knol tate from the hidden chord doing his own thing with a macintosh... "the ASKELETON sound is nestled in-between early Kraftwerk, sample-filled Africa Bambata, and mid-80s Wire or Talking Heads. Tate also draws influence from the minimal sounds of Can and the dancy layers of "Low" era Eno/Bowie, creating an impact all it's own with simplistic yet powerful songs." Song of Zarathustra — The Birth of Tragedy [LP] The Book of Dead Names - The Story Unfolds [LP]

The plastic constellation's full-length debut. In the same vein as Les Savy Fav, Dismemberment Plan, and Lifter Puller. These kids can kick out the jams playing some aggressive indie rock with not the slightest scent of pretensiouness. Making indie rock fun while putting together incredible songs. Project cancelled by the band when they broke up. Limited to 50 one-sided, etched test pressings. Initially intended to be a picture disc, this eventually became Young Lover's Fan Club #1, limited to 100 5" yellow test pressings. The box of records was stolen, and it's a mystery how you have one if you have one.

The Vidablue — Our Miracle Point of Contact [LP, CD]

Incredible debut full-length from these mathy-emo-hardcore kids. Thier best release to date, as it really captured the energy and dynamic they had live.

LP was a split release with Lance Harbor Records.

1100 CDs. Split release with heart of a champion records.

Switchblade were an incredible Gravity-esque band from Stockholm, Sweden. This 10" arrived in its US pressing on top of numerous sold-out split 7"s, a long out of print and much sought after solo 7", and a new LP from the Trust No One imprint, the drummer's label. This record has been pressed twice in Sweden, on the aforementioned Trust No One label; it has sold out an equal number of times. The last songs from what was possibly the most underrated "screamo" band of the 2000s, and some amazing songs from the band formerly known as the vidablue. Rock and roll... Think the stooges, think the beatles, think shaking your ass and getting these songs stuck in your head for weeks. Soft and sweet... Much more so than the double 7". These songs are beautiful.

Wow. I'm totally excited to have had anything to do with the release of this record. Everything they released in one place, plus two versions of an unreleased studio song.

You should know. The last 5 songs they ever recorded. Much better recording quality than the 7" & 10" split, and some amazing songs. This is so damn good. Another record that I'm thrilled to have had the chance to put out. 365 days, 365 records.

This is one of those records. One of those records you can't stop listening to. The recording is awesome. The songs are awesome. You will love this. I promise. If don martin three, indian summer and shotmaker got crushed in a vice together... But at the same time they've got quite a bit of their own thing going on.